The first sewing week of 2011 and I spent the first day organizing and cleaning up my sewing room. The reason: I wouldn’t see my sewing machine on the table due to the mountainous mess! A result of my laziness as I have not been cleaning up for sometime. Oops!

While moving things from one cupboard to another, I found these cute Disney containers and boxes from days when I was working in TV. I didn’t even remember keeping them. These were sent to me by programme distributors during Lunar New Year and the Mooncake Festival and used to contain love letters and mooncakes respectively. Now, they’ve found a new lease of life as containers for my sewing room. Using them, I sorted out the buttons according to colors… 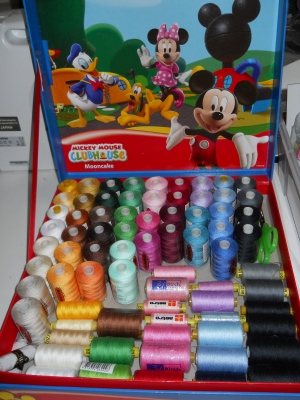 placed the essentials- sewing needles, pins, bobbins (in an ice cube tray) in a box on a roller tray just below my sewing machine. 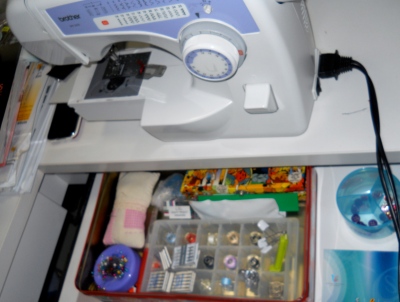 I managed to free a cupboard for fabrics while the rest were placed in plastic boxes. For those in the cupboard, I tried to label them with yardage and content details using tags stuck to the cupboard door… 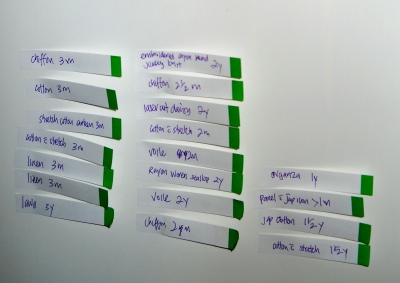 Finally, I rearranged my sewing patterns…now I have a tray of modern day and a tray of vintage sewing patterns, some Japanese sewing books, burdastyle magazines and a few other sewing books all laid out neatly on the table. More importantly, the room is now wonderful to sew in and I can see the machine!

Sew less but of better quality: My focus this year will be to sew less garments but to achieve better quality not just on the outside but also on the inside.

Be a better hanger: The clothes I made would look better on me if I look and feel better. So this year, I am committing myself to up my fitness level. I am going to attempt brisk walking around my estate at least three times a week besides the occasional swim.

An organized sewing room: I have never been a very neat person so I would like to be more disciplined in 2011. I want to be able to clean up more thoroughly after each project so that it’s easier to locate stuff. This is especially so after I’ve given the room a new sense of neatness today.

What about you my sewing comrades? What sewing or related objectives are you committing to this year?

Before I end this post, I just wanted to share some family photos which my lil prince has taken with his camera over the festive period ( It’s a Christmas present). He’s four and a half so I am really quite impressed with his skills! 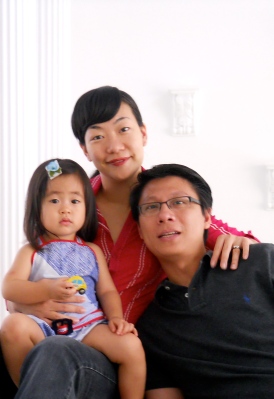 I’m wearing my Little Folks Blouse and my lil princess is in a Tea Pony sunsuit handmade (though not by me) using a vintage fabric.

I’m in my Never Say Never dress and my lil princess is in her It’s Raining Cats Ribbon dress!

I think I need to make more stuff for dear hubby. LOL.

Have a marvelous week everyone! Happy 2011!

7 thoughts on “A Fresh Start” 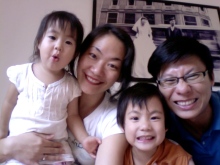 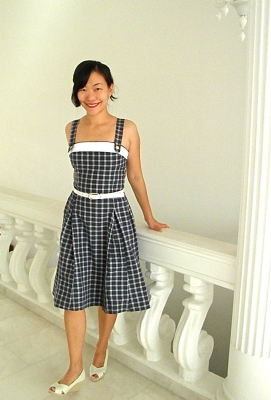 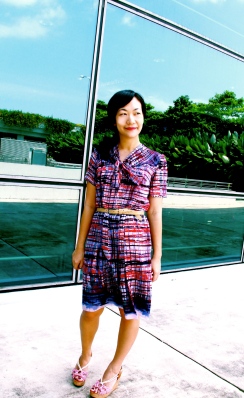 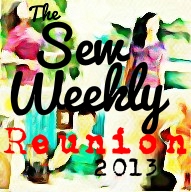 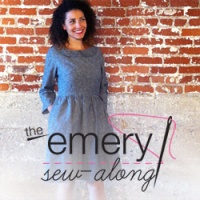